In this week's edition of the Developer Spotlight series we shine the light on 12FIFTEENstudios co-founder Anthony Hernandez! 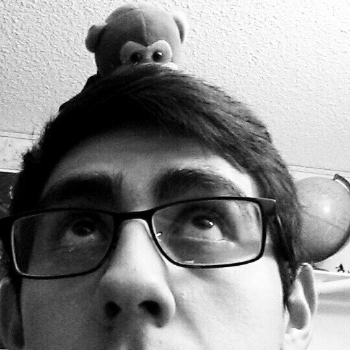 Hometown: I'm originally from Los Angeles but I moved to Carpinteria, CA when I was 10. Now I'm back in Los Angeles which I am very happy about.

Introduction to the Gaming Industry: My dad has worked in the gaming industry my entire life. One of my oldest memories comes from when I was four years old, my dad and I were watching tv when a commercial came on for the original Xbox. As the commercial came to an end I looked over at him and said, "I want one of those!" He respond with, "I'll be right back" then walked out to his car and pulled out an Xbox. I recently found out he was planning on saving the Xbox as a gift for Christmas.

What Led You to Start a Game Studio in High School: I went through a big transition in high school. I started my high school career as a student who watched things happen as opposed to someone who made things happen. Once I realized this I was greatly disappointing in myself. I had always looked up to people like Steve Jobs and Richard Branson but I never did anything to be like them. I also realized that I had time to change myself, to show myself that I could be someone who made things happen. I always considered the thought of a career in the gaming industry but it wasn't until then that I really started to pursue that. I took every opportunity I could to get a head start in the industry. By the time I became a senior I felt that I had gathered enough knowledge about game development to lead a team so I started a Video Game Development Club at my high school. The club wasn't very successful, but from its ashes rose 12FIFTEENstudios.

Game Development Focus: I like to focus on narrative when I make games. In fact, I don't even really think of myself so much as a game developer as I do a storyteller - it just so happens that video games are the platform I choose to tell my stories. I think narrative works great in games because they are so immersive - we can actually put the player in the shoes of the protagonist and let them make events unfold as opposed to watching or reading them. I believe games succeed as narrative platforms when gameplay and story are indifferentiable. Creating that dynamic is always my goal when making a game. It's a hard thing to do but the challenge to do so is what drives me - I wouldn't be me if I only did the easy things in life.

Hobbies: I write a lot of poetry, here is my latest piece:

Through wind ash is scattered

On Earth ash is welcomed anew

Life it ends yet still goes on 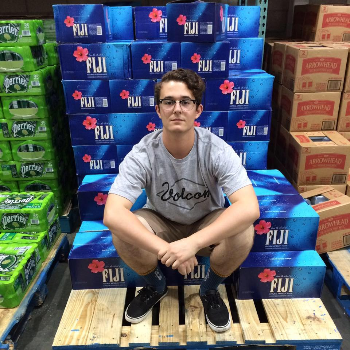 David has filled a number of different positions throughout his time with 12FIFTEENstudios from sound designer to level designer and even programmer.

Interest in Developing Games:  My interest in game development stems from my interest in other individualized/freelance forms of art. When I was 10, I made my first Youtube account, on which I uploaded stop-motion animations I created using Legos and my dad's camera and editing software. After reaching 2,000 subscribers, I moved on to other creative yet independent hobbies, like painting and music. At some point I realized that creating video games was an option, and my parents supported me in taking an Introduction to Video Game Design summer class at USC. I loved it, and since then I've made an effort to stay involved in game development as a hobby, aiming to eventually do so as either a part- or full-time career. I met Anthony at that USC summer class and he brought me in on the idea of starting an independent game studio.

The 12FIFTEENstudios team has taken on quite a few new members this summer so today we’re launching a Developer Spotlight series to introduce the amazingly talented people that make up 12FIFTEENstudios.

Our first ever Developer Spotlight showcases the team’s newest member – Akshat Madan! Akshat was introduced to 12FIFTEENstudios after taking a course at the University of Southern California that 12FIFTEENstudios co-founder Anthony Hernandez helped teach. After displaying tremendous programming skills and befriending Anthony, Akshat was invited to take on a gameplay programmer position here at 12FIFTEENstudios. We asked Akshat to answer some questions about himself and here is what he had to say:

Game Development Background: I began teaching myself programming and game design at the age of 12. I didn't take a formal course in game development until this summer at USC.

Proudest Accomplishment:  Leading my team to first place in a national game jam competition in India where I displayed the highest level of technical skill in creation of the game.

Inspired By:  The games I create are inspired by the Assassin's Creed series for their interesting take on huge scale games with a lot of gameplay, Call of Duty games for their flawless first-person game mechanics as well as fantastic looking cutscenes, and Naughty Dog games for their epitome of video game storytelling with great character design and outstanding narrative.

Hobbies:  Listening to music and playing the guitar are among some of my greatest hobbies. I also do a lot of side projects related to game design, I would classify them as a hobby.

Thoughts On Working At 12FIFTEENstudios: It's a great studio - the team is really friendly and always open to ideas. It's great to be a part of a body that is united towards one goal: Making an exceptional game!

State of the Studio #1 - New Beginnings

For those of you who are visiting 12FIFTEENstudios for the first time – Welcome! 12FIFTEENstudios is an independent game studio founded by a group of high school students each with a considerable amount of experience developing games. You may think that running a game studio while in high school sounds like a daunting task – well it is and we had to discover that first hand.

Those of you who have been with us for a while may remember a game we were working on called Project Golem. This game was going to be our breakout title and in fact we had begun working on it long before the idea for 12FIFTEENstudios was conceived. Part of the reason I am writing this today is to share some news concerning Project Golem. For the time being, 12FIFTEENstudios will no longer continue production of Project Golem. I want to emphasize that this does not mean that Project Golem will never see the light of day. When we started developing Project Golem I made a promise to the dev team that I would see to it that Project Golem become the best possible game that it can be before we release it to the public. The problem with this was that as high school students we didn’t have the time and the proper experience to make Project Golem the game we dreamed it to be. With each design meeting Project Golem became too ambitious too quickly for us to handle which is why we came to the decision to “shelf” the project until we acquire the proper skillsets to do the game justice.

After discontinuing further development of Project Golem the studio went on a short hiatus. Today marks our coming off of hiatus. Today’s 12FIFTEENstudios is quite different than the 12FIFTEENstudios that existed before the break. For one we are no longer in high school and for another we have more experience under our belts. The struggles we faced in the past revealed the long and difficult road that lay before us. Coming off hiatus we are refueled and ready to leave our past struggles behind us as we begin this journey anew, learning from our mistakes and making the right choices to avoid them in the future. Here’s to a new beginning, we hope you enjoy what’s to come.


"One day the world will see a new Shakespeare will come to be and he won't be writing plays he'll be making games."